The Victory Day in Russia

The Victory Day in Russia is a day of national mourning. The day of national pain. The day with tears in our eyes. Today, May 9 is considered to be one of the biggest holidays in Russia, post-Soviet countries and many European countries. On this day, people celebrate The Victory over the Nazi Germany.

The Great Patriotic War lasted 4 years, taking lives of millions of people. The front line stretched from Barents Sea to Black Sea. From 8 to 13 million people were fighting at a time, using from 6 to 20 thousand tanks and assault guns. From 85 to 165 thousand field guns and mortars, from 7 to 19 thousand aircrafts were involved in the war.

Hitlerites were counting on a blitzkrieg. Their plan was to defeat The Red Army and to occupy Moscow and Leningrad (former name of St. Petersburg), as well as industrial regions of western USSR in just 1-1,5 months. According to Hitler, the war had to be accomplished with powerful attacks in the Ural industrial districts leading to the Soviet Union’s surrender. However, the plan never worked.

The Soviet troops defeated the Nazis in such big fights as Battles of Moscow, Stalingrad (former name of Volgograd), and Leningrad. The Nazi also conceded on Dnieper, in Belarus and Baltic states. Nonetheless, this war turned out to be one of the most costly in terms of human lives. The total number of victims accounted for 27 million Soviet people, who perished in the war fighting at the front and securing the rear. 1710 cities and over 70000 villages and small towns were destroyed.

The Great Patriotic War became a horrible tragedy for every Soviet family, live they in the west or in the east of the country. Therefore, The Victory Day has such a big significance for every single Russian. 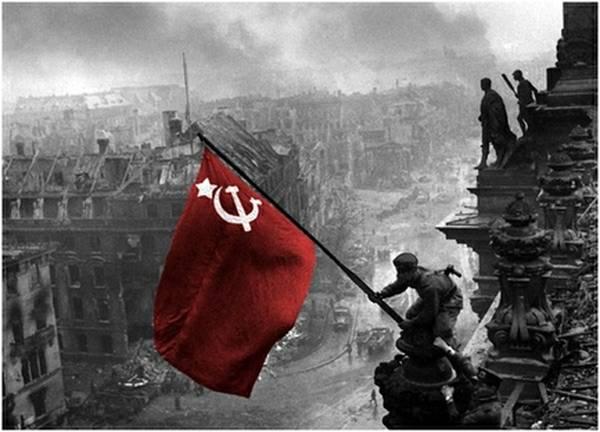 In 1945 this day was proclaimed to be The Day of Victory over The Nazi Germany. One month later Moscow celebrated the Victory with a great parade on Red Square, which was followed by a bright firework.

However, in December 1947 The Supreme Council of The USSR cancelled the holiday. As a result, it became a regular business day. Only 20 years later, in 1965, it was turned into a national day off. This time, the state holiday acquired a special solemn status, and another military parade was held in Moscow, the first one after the war times. 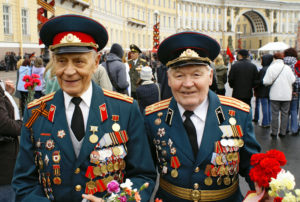 Nowadays, The Victory Day in Russia is, probably, the greatest holiday is Russia. It is celebrated brightly all over the country. According to the tradition, beside the military parade, one can observe artillery fireworks and ceremonies. Furthermore, in many Russian cities and town special receptions and meetings are arranged to congratulate the veterans with Victory. The people pay tribute to the war heroes by bringing flowers to the Victory monuments, memorials and mass graves. Since 1965 there has been a tradition to honor the defenders of the country with a moment of silence.