We’ve already published an article about St. Petersburg cats in our blog. Now bigger monuments come into play. This is an overview of the most unusual St. Petersburg monuments – sphinxes. Feel surprised to know about them in St. Petersburg? There’s a number of them in the places you would expect them to be!

Egyptian Sphinxes on the University embankment

For almost 200 years two real Egyptian sphinxes decorate the University embankment on the Vasilievsky island. They are the most valuable, beautiful and oldest ones in St. Petersburg. 3500 years ago the huge granite monuments were guarding the entrance to Amenhotep III’s sanctuary in the Thebes. In 1832 they were bought by a Russian officer, diplomat and traveler, Andrew Muraviev, and brought to St. Petersburg. Harmoniously fit into the surroundings, they attract a lot of spectators to this day. Many legends any mysteries are connected to the monuments. Some people believe that the expressions of their faces change during a day: they are calm and happy in the morning, and become gloomy and sinister by night. 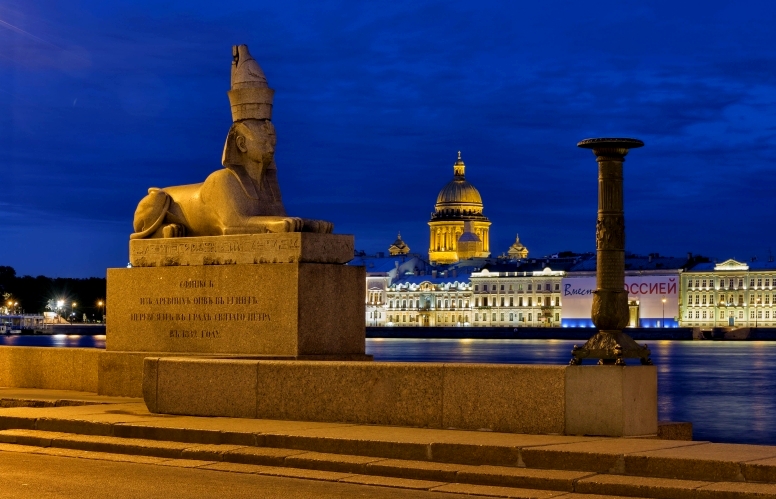 Sphinxes on the Egyptian bridge

Two more Sphinxes are located on the Egyptian bridge across the Fontanka river. Despite the name of the bridge the sphinxes are not traditional Egyptian ones, but made in classical Greek style. Their animal bodies contrast with the right features of female faces, and this contrast adds special greatness to the monuments. They are pretty exotic for the area: located on the verge of the city center, close to the industrial area of the Obvodny canal, they definitely look outstanding. The sphinxes have copies: you can find them on the Malaya Nevka bank next to the Kamennoostrovsky bridge. 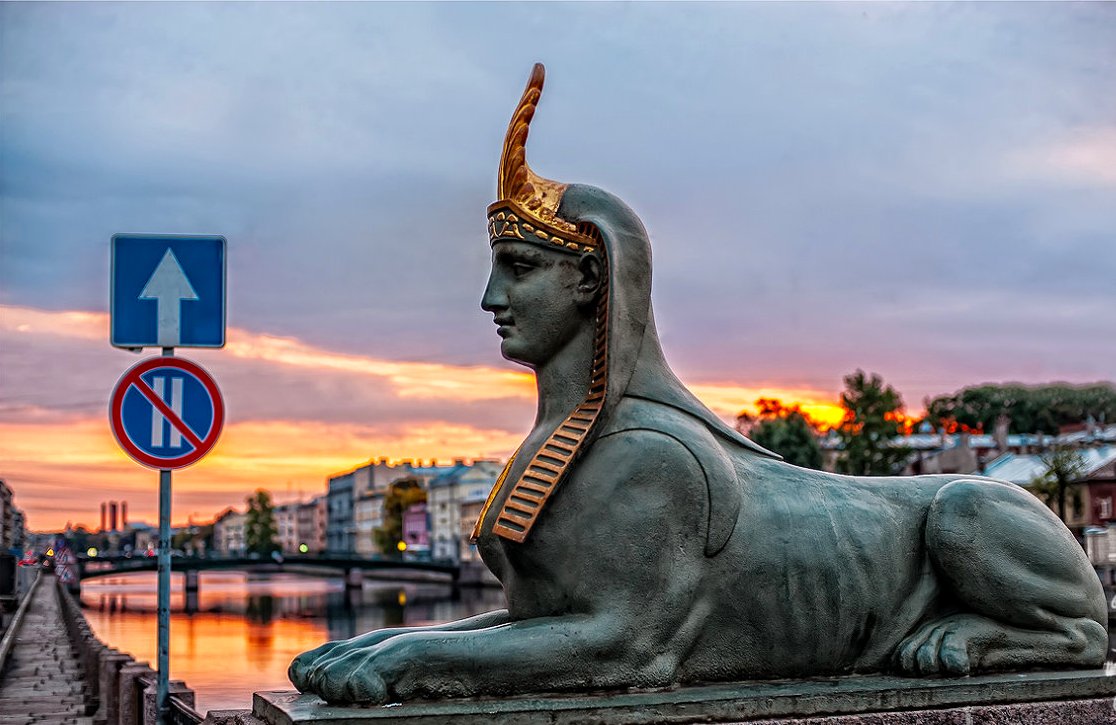 Sphinxes of the Stroganov palace

A very curious tourist can find two wonderful sphinxes in the gala courtyard of the Stroganov palace. The two creatures are tranquilly lying on a granite pedestal and watching people passing by. The story of these monuments is full of gaps. We don’t know exactly who made them and when it happened, but presumably they were the first ones to be used as decoration in St. Petersburg. Today it’s a popular touristic attraction, and many visitors come to take a picture of the sphinxes. It’s very easy to find them: The Stroganov palace is located on Nevsky prospect, on the place where the Moyka river crosses it. Just go though the arch to the inner courtyard.