Among many other things, St. Petersburg rivers and canals are probably something the city is most famous for. Built on the Neva River, it is scattered over numerous waterways that cut through the city. Be it narrow Griboedov Canal or the Fontanka River with the impressive Anichkov Bridge thrown over it, these views tend to be some of the most beautiful memories about a visit to St. Petersburg. Picture-postcard embankments of the Moyka River, the Malaya Nevka or any other of more than 90 waterways will give you glorious views of St. Petersburg’s imperial architecture and some of the most renowned attractions. Not to mention a number of islands that are formed by those rivers and canals. 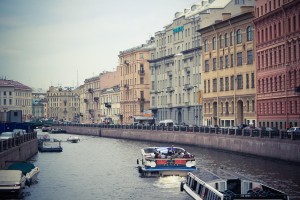 Canals were initially formed as a way to avoid negative consequences of the city being built on swamps but later became a symbol of the place, inextricably connected with its history. They were also a way to pay tribute to the Italian city of Venice and create one of Russia’s own – the Northern Venice. Alexander Pushkin, the most famous Russian poet, lived in a house built on the Moyka River Embankment and was killed in a duel at the Chyornaya River. The Fontanka River is mentioned on several occasions in the novels of the legendary Fyodor Dostoevsky. Nikolai Gogol, another Russian writer, at one point lived in the immediate vicinity of the Neva River, an endless source of inspiration for him and many other creators. 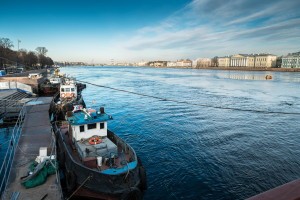 it to city is a unique opportunity to see a number of St. Petersburg rivers and canals, as a part of your walking tour, something extra added to your personal customized tour around the city or a ride down the waterways of St. Petersburg on a private boat. With this approach to your visit, a private tour guide will guarantee you some of the most magnificent views of the Northern Capital.