St. Petersburg is literally inundated with cats, sphinxes and lions: altogether you can find thousands of them in the city. St Petersburg lions are multifarious: made of marble and plaster, bronze and cast iron, brought from Italy, China or Israel, or made in Russia. You can also see lots of lions and griffins in St. Petersburg suburb like Peterhof.

The lion is the king of beasts, that’s why it is a symbol of royalty, courage and power. First St Petersburg lions appeared in the city at the times of Peter the Great: they started to decorate private houses and public places, squares and embankments, parks and gardens. Even today many restaurants and hotels have lion sculptures in front of their buildings. The Four Seasons hotel in St. Petersburg is also called the Lion Palace since two marble lion statues welcome the guests at the main entrance. 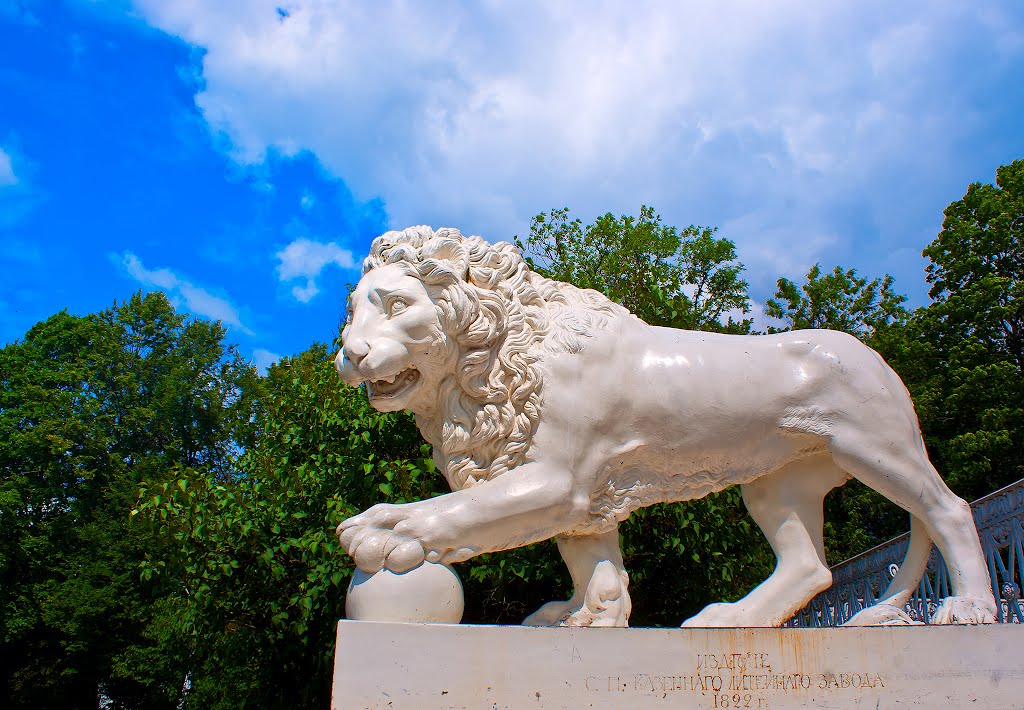 In the Chinese culture the lions are almost always presented in pairs – male and female principals. The male lion has his right paw on a ball, which symbolizes country unity; the female one is frequently shown with a lion cub, which represents the life cycle. One can find a great example of such lions in St. Petersburg. If you go to the Petrovskaya embankment, not far from the Troitsky bridge (the Trinity bridge), you will find Shi Tza – Chinese lion statutes. They were brought to St. Petersburg in 1907 and today are known as the most mysterious lions in St. Petersburg.

In antique times lions were thought to sleep with their eyes open. For this reason they were considered to be the best guards of the house against evil spirits. The ball that the lion had under his paw didn’t let him sleep – even if he fell asleep the paw would slide down the ball, and the lion would wake up again. Today you can see a lot of such city guardians in St. Petersburg.

Here are a few examples:

• Copper lions next to the Dvortsovy bridge (opposite the Admiralty building)

• Lions on the spit of Elagin island

• Cast iron lions in front of the Russian museum

Sometimes St. Petersburg lions have wings, some people calls them griffins despite it’s not really correct. Thus, four lions of the Bankovsky bridge (the Bank bridge) have wonderful golden wings. In the past they were watching the Assignation Bank that was located next to the bridge (hence the name of the bridge). Another example is bronze winged lions next to the Egyptians sphinxes on the Universitetskaya embankment (the University embankment). They have shiny heads – people believe that if you pat them on the head they will make your wishes come true. Try to imagine how many people come to polish the griffins’ head everyday! 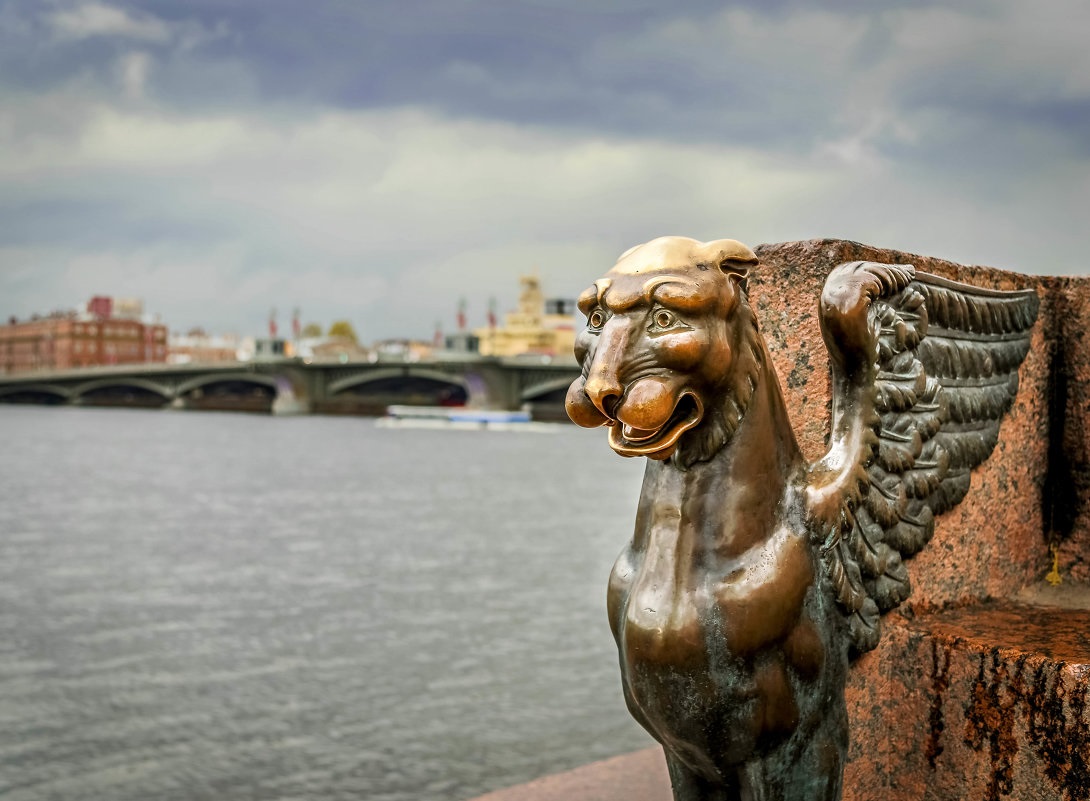 This is by far not the end of the list, we could go on forever. We only wish you had enough time to see all of them!