New Year in Russia can truly be called the most popular holiday. It is so much loved here that it’s even celebrated twice! Believe it or not, but Russians do have two dates for to the New Year. The first one is January 1 – according to the Gregorian calendar. Another date is January 14 – the first day in the Julian calendar (it was used in Russia until 1918). Although the main events take place on January 1, many families still pay tribute to the old Russian New Year traditions and celebrate January 14 in their family circles too.

Let’s make a list of associations with the New Year in Russia: snow, festive fir tree and house decorations, gifts, fireworks, family circle… Looks like Christmas, doesn’t it? You will be surprised but Russian New Year traditions are very much similar to Christmas in the west. However, there are many customs typical for Russia only.

Preparations to the Big Day start long in advance. In December city streets “dress up” in bright colors and ornaments, Christmas 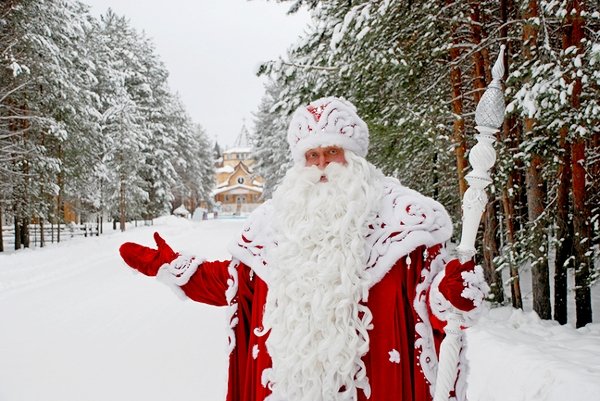 markets and New Year fairs are organized, and many public activities take place on main squares: concerts, laser shows, public games, etc. It is also the time to go shopping for gifts! Many shops and markets provide special New Yew offers, which makes the shopping even more pleasant. People buy food for the festive table and start decorating their homes.

The main decoration of every home is a festive tree. It is beautifully decorated with lights, tinsel, garlands, and toys. At night to the January 1 a kind white-bearded man in a red gown comes over. He has a big sack behind his back. He is Father Frost (do not confuse with Santa Clause!) bringing gifts for kids. He puts them under the festive tree and disappears unnoticed while everybody is asleep.

Scents of tangerines for New Year 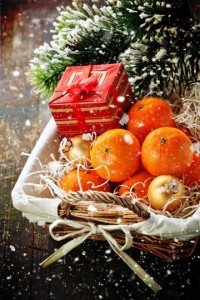 On December 31 people start cooking for the festive table. No matter what food restrictions you have or what diet you follow there’s a number of things that you have to have. Firstly, a big bowl of the Olivier salad. Secondly, a bottle of champagne. Thirdly, tangerines for New Year. The tangerines are known as a symbol of New Year – in the Soviet time when it was hard to get any fruit except for tangerines people were trying to get as many of them as possible. With times it became one of the Russian New Year traditions to buy tangerines for New Year.

When December 31 is about to come to an end everyone takes a seat at the festive table: people make toasts to say good bye to the passing year. At 11.55 p.m. the president appears on TV screens to make a speech and wish people a Happy New Year. Once he finishes, the clock of the Moscow Kremlin begins to chime and people make their wishes during the chiming. Then fireworks break out in the air marking that the New Year officially started. After midnight real fun starts: after a few hours of celebrating at home people go out to visit their friends and relatives, swap gifts and have fun together. The celebration takes the whole night: no wonder why the first 10 days of the New Year are days off – the people need to recover!

New Year in Russia is an official holiday and many businesses and offices are closed on January 1 and the next 10 days – New Year’s holidays. It’s a great opportunity for many Russians to meet their relatives and friends, some go on vacation or do fun winter activities, visit St. Petersburg and Moscow or just stay home taking the advantage to relax.